Find motivational speakers, comedians and clean entertainers in Atlanta, GA for your next meeting or event. Each of the keynote speakers listed below have recently performed their highly-engaging presentations in the Atlanta, Athens, Augusta, Macon, Georgia area. 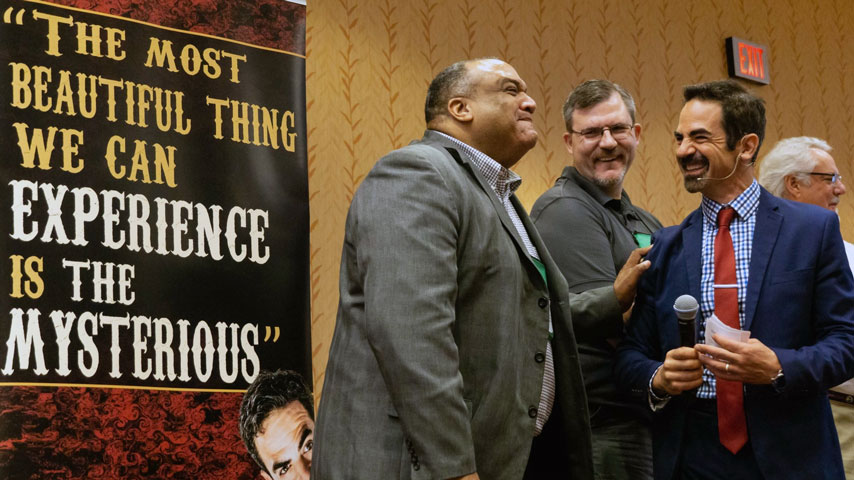 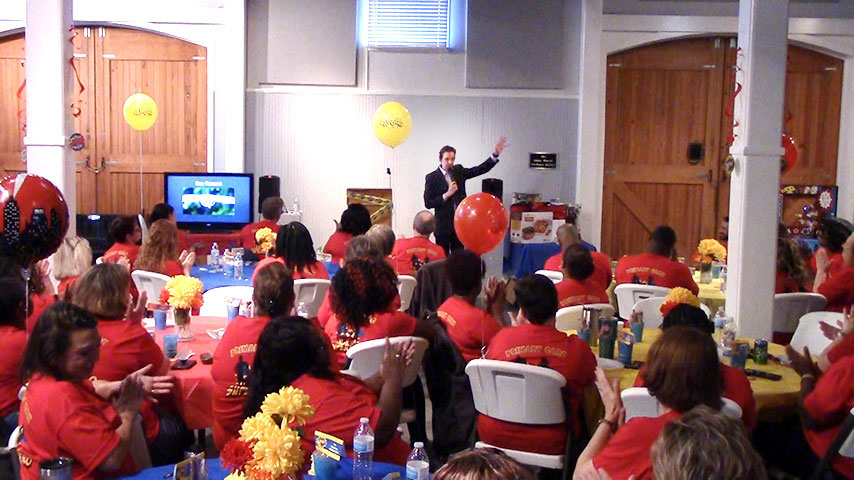 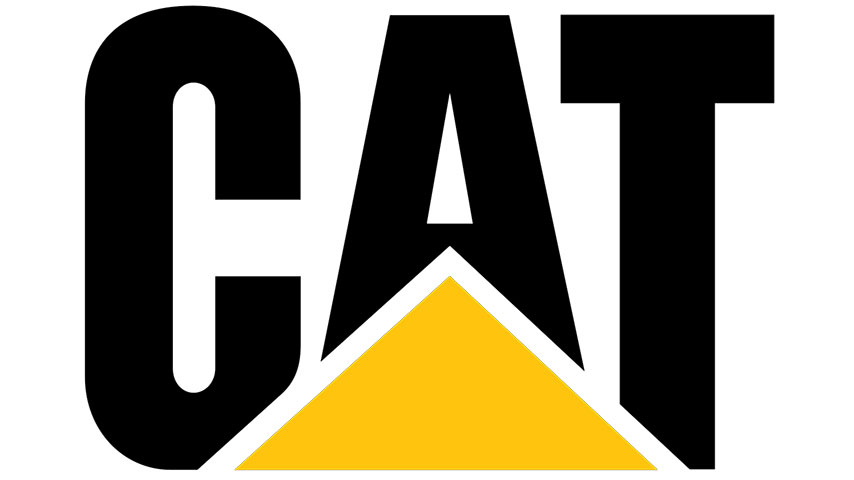 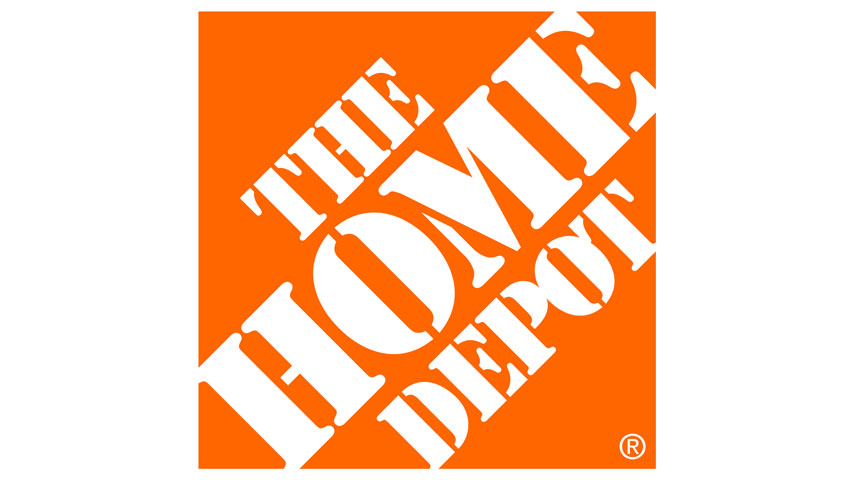 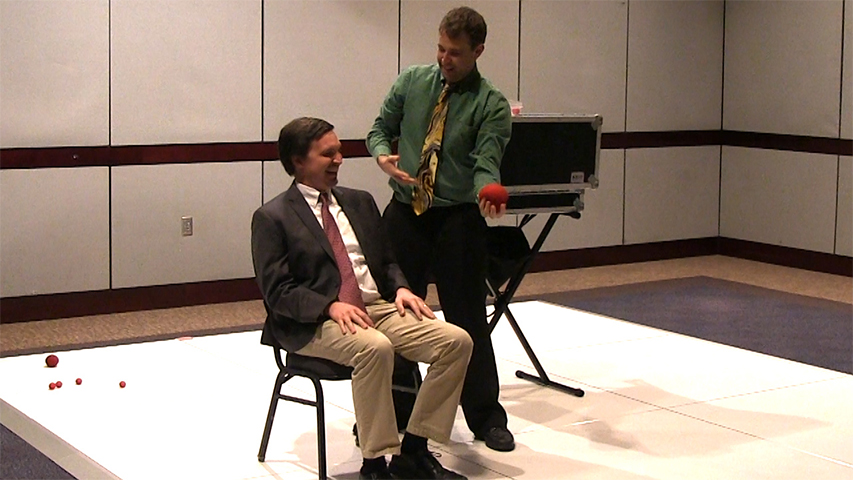 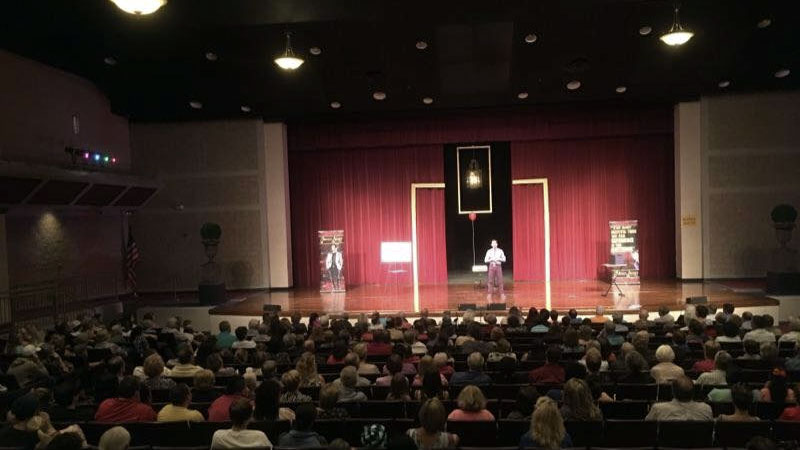 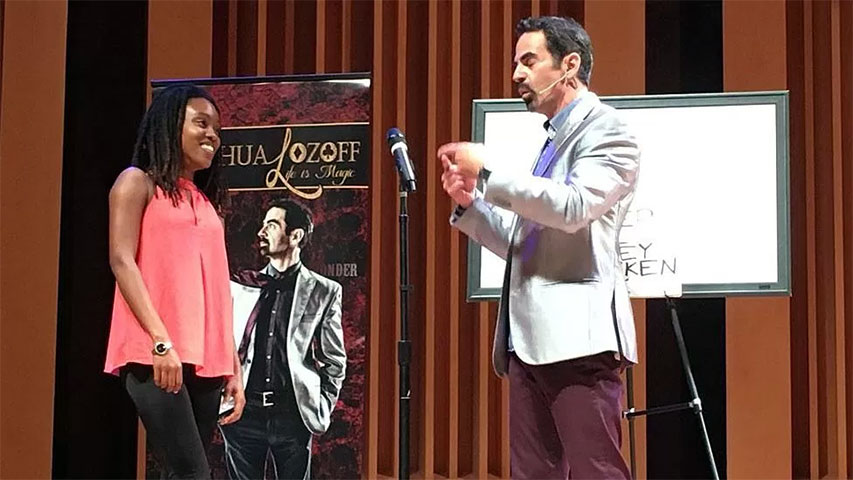 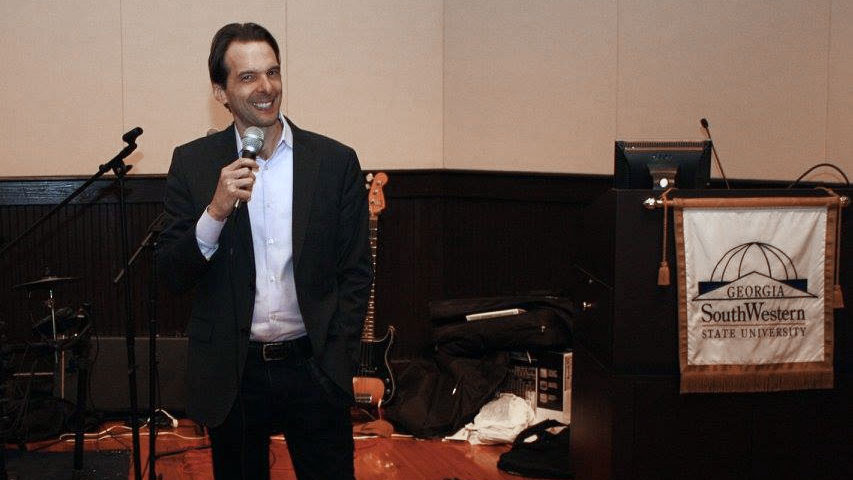 "John Felts did an amazing job speaking on Marriage and Family conference. The entire congregation enjoyed the presentation and laughted for an hour. John mixed in knowledge of our community and staff to make the event very personal. I would recommend him for any type of event. It was our pleasure having John and we hope to use him again."

"Arthur did strolling magic at our event. He showed up early and stayed until most of our guests had left. He always had a crowd around him, and it was obvious that everyone was having a good time. The feedback from guests was that Arthur’s performance was truly amazing."

"Steve did a great job. He is a super talented ventriloquist who engages the audience with humor that keeps everyone laughing. I would recommend him to anyone looking for someone who delivers a professional performance of good, clean fun."

"What an absolutely amazing thing your company has with Arthur!! He was incredible! But what I enjoyed most was, no one was a number; everyone in the crowd was somebody. He spoke to you like a person and was as down to earth as he could be. He presented an amazing salvation message while demonstrating it with magic tricks; which captivated everyone SO well! Overall, so thrilled we invited him. It was a phenomenal night! Will definitely be inviting him back!"

"We had a wonderful time, Arthur Atsma was a pleasure. Feed back from staff: 'Loved him OMG! He was really good and pleasant', 'He did a great job and he interacted with his audience very well', It was amazing and thoroughly entertaining', 'Enjoyed his interaction with the crowd, very personable and approachable', '5 stars for sure! Very entertaining'. Overall, Mr. Atsma was awesome!! Great Job!"

"Joshua Lozoff is amazing! We hired Joshua last year as a strolling magician for one of our receptions and we received such great feedback we hired him back this year to be our keynote speaker and to provide a stage show as part of our reception entertainment. We again received so much positive feedback. He truly had the audience captivated with his magic. I would recommend hiring Joshua for any event you have. He was an absolute pleasure to work with!"

"David Ferrell was fantastic for our event. He arrived early to get to know his audience and did a good job to ask questions about who he was entertaining. His material is very funny and appropriate for all ages. He had everyone in the room laughing and his audience interaction was very good. I would highly recommend him. I had many compliments on his performance afterward. I was very pleased."

"David Ferrell did an outstanding job at the Emmanuel College Founding Farmers Gala event! The crowd was responsive, laughed the entire show and he connected with the audience. David was easy to work with and stayed after the show to meet with the audience!"

"John Felts was amazing!! What an awesome comedian!! Such an extremely funny, professional, and personable individual. Everyone from the church that attended the event is still talking and laughing about him - so much fun!! Highly, highly recommend John Felts for any event!!"

"This is the fourth year we have held our event and Jerry Carroll was by far the best entertainment to date! He kept our crowd of farmers and friends of agriculture rolling in laughter from start to finish. The President of our company told me I had hit a home run after he finished. We'd have him back every year if we could! Thank you, Jerry!"

"I have spent most of this morning receiving compliments and positive feedback from the employees on the performance. John Felts was personable and had the room rolling in laughter. He was very professional and easy to work with and I would love to book him for any future events we have."

"Thanks David Ferrell for the great job he did at our meeting. I had several compliments about how funny he was, and I enjoyed talking to him before the meeting. We appreciated the good job he did for us."

"Larry Weaver was great. Our senior adults enjoyed his down-home humor and audience interaction. He was prompt, professional, and his easy-going personality made him a joy to work with. The audience really liked his funny songs and guitar playing."

"David Ferrell provided an amazingly awesome night of good, CLEAN comedy to our Date Night at Maysville Baptist Church. David served up such an energetic and laughter filled night!! There was not a couple in attendance that left without a smile on their faces and so, so many of them commented on how much they enjoyed David. HIGHLY recommend David any church looking for clean, inspiration filled entertainment."

"Thanks to David Ferrell for hosting our first annual IT awards. He did a fantastic job, jumping right in and dealing with all of our last minute changes as we worked through the run of show. David helped to bring much energy and laugher to the event. Many folks after the event commented on how great of a host he was."

"We were very pleased with Paul. He involved the entire crowd and was truly funny. He kept everyone laughing and that is a huge thing for our group. We would recommend him for sure to anyone we knew having a party. Thanks again Paul for a great time!"

"We were very excited to host Joshua Lozoff: Life is Magic here at our theater. The crowd absolutely loved it. It was an exciting afternoon for all ages, and drew in a great crowd. We always try to have a variety of different types of shows, and this was a perfect addition to our season."