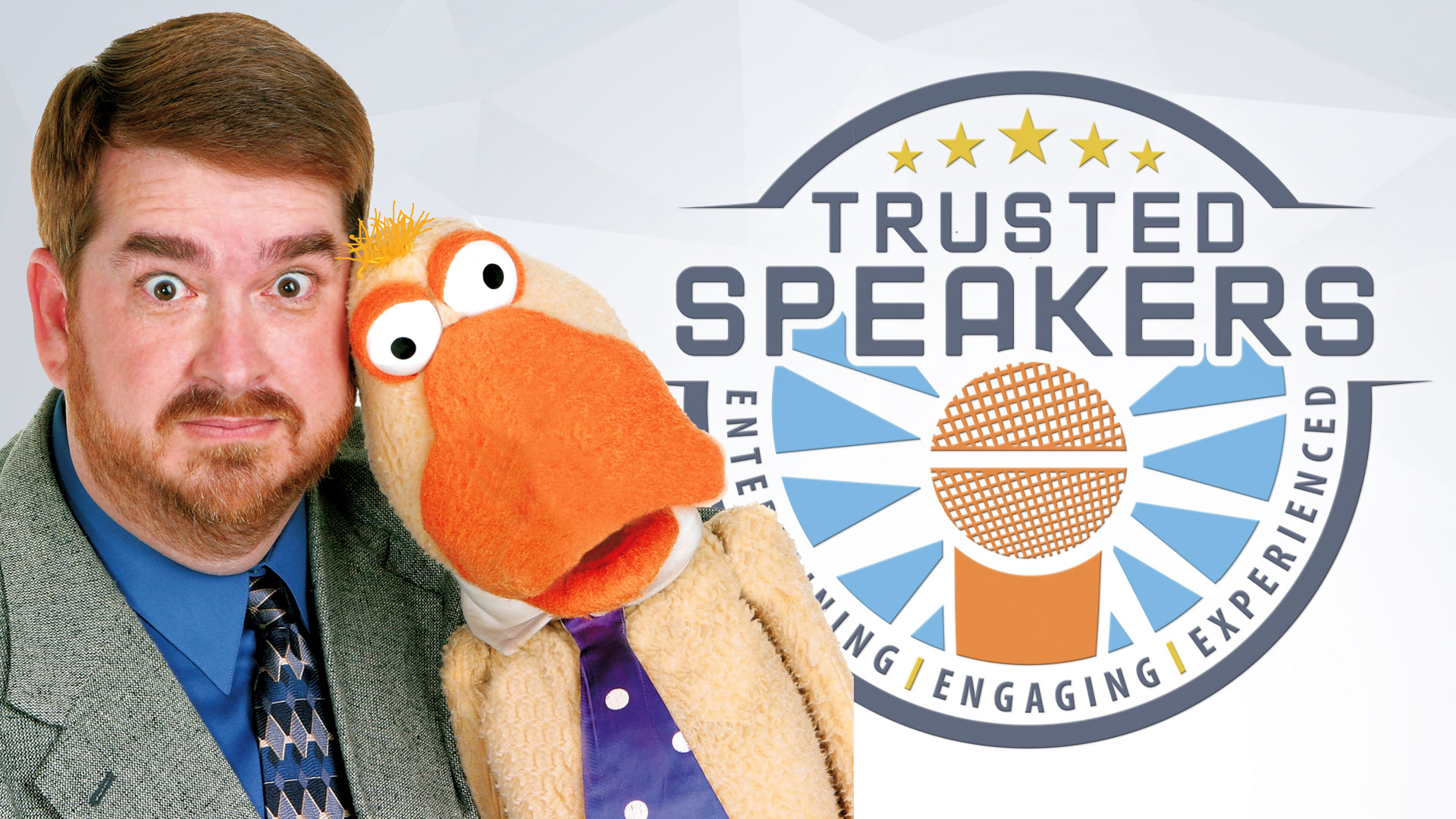 A versatile ventriloquist comedian and entertainer, Steve has the unique ability to script his shows to include audience participation. Steve and his “friends” perform nationwide for events just like yours.

Steve can entertain any audience of any age with his incredible and unique talent. He mixes stand-up comedy, puppetry, audience participation, improvisation, along with his astonishing voice manipulations, all to the benefit of comedy-seeking audiences.

Steve has entertained for numerous corporations, churches, universities… and the list goes on and on. As a TV performer, he has appeared on several network shows including Good Morning America, PBS and the Today Show as well as cable shows such as The Comedy Connection and variety show, Swan’s Place.

There is one difference between Steve and other comedians – half of his act is spent making people, puppets, and inanimate objects-talk.

A versatile ventriloquist comedian and entertainer, Steve has the unique ability to script his shows to include audience participation. Steve and his “friends” perform nationwide for events just like yours.
More About This Presentation
Check Availability

"Steve was at our venue before I arrived and was completely set up and ready to go. He was very professional and courteous. He introduced himself to guests and had already endeared himself before he ever went on stage. His performance was wonderful. Great for a party with all different types of people. Steve picked audience members from information we had sent him and it was seamlessly done. A good time was had by all and our Chairman loved him! Hope to be able to book him again for next time."
- Assistant Vice President, Oklahoma City, OK 2021

"Steve did a great job. He is a super talented ventriloquist who engages the audience with humor that keeps everyone laughing. I would recommend him to anyone looking for someone who delivers a professional performance of good, clean fun."
- Treasurer, Athens, GA

"Steve was awesome and really funny. He had the whole membership laughing. He was even on task that when a storm was going on he extended his show till the storm died down. We would definitely have him again."
- Community Initative and Event Manager, Statesboro, GA

"Everyone loved Steve. Our residents will be talking about Steve and Elmer for a long time. He was funny, professional, clean, and gracious. Steve and his friends are good medicine for the soul."
- Vice President of Development, Jenison, MI

"Steve did a wonderful job making us all feel we were part of the entertainment. Great humor that made everyone laugh and feel good. Over the course of two events I watched him carefully study everyone and deliver a performance we won't soon forget. I even had some come by my desk later and stated that they would gladly pay to see a performance like that. HE WAS GREAT."
- Human Resources Manager, Mooresville, NC

"Steve and his opening act Teresa did an absolutely fantastic job! I loved having them both with us and we got loads of compliments from the audience afterwards. They were also both super easy to work with."
- Manager, Holly Springs, NC

"Steve did a great job, I have had a lot of people who really enjoyed him a lot."
- Human Resources Manager, Goldsboro, NC

"Steve was great. I think the crowd enjoyed him as much as any comedian we have had. They were amazed at his talent. We have received great reviews. Honestly, due to his rough travel day to even get to our event, it may have been easy to start and stop, pack it up and get to the hotel to sleep. Not Steve, he came to entertain and did just that. His finish was personal and appropriate for our occasion. Just a great job."
- Committee Chair, Raleigh, NC

"Everything was absolutely wonderful!!!!!!"
- Director of Religious Education, Springfield, KY

"Steve was great to work with. We had a really good turnout and the audience really enjoyed his performance."
- Event Planner, Cary, NC

"Great performance that was enjoyed by everyone - especially when he involved audience participants."
- President, Winston-Salem, NC

Where does Steve Brogan perform?