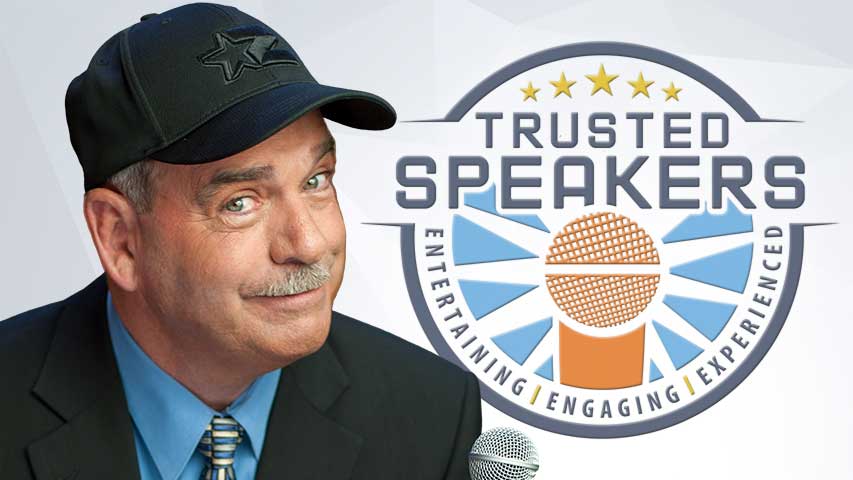 Jerry Carroll found comedy growing up on his family's farm in Willow Spring, NC. From the time he could walk, he joined his father and uncle to farm tobacco, corn, small grain, soybeans, cattle, and hogs. Spending 14 hours a day in a tractor cab gave Jerry plenty of time to think about his life's dream of making people laugh.

Jerry's hilarious story about a farm safety mishap was a hit at the local seed store and he finally decided to pursue his life's dream at the local comedy club. His seemingly effortless ability to spin out punch line after punch line, story after story, took him from emcee to headliner in just eight short months. Since beginning in 1993, Jerry has performed for crowds from 20 to 20,000 in venues ranging from the local volunteer fire department's banquet, to the Minister's of Provincial Parliament at the Royal York in Toronto, Canada. Everywhere he goes, he leaves audiences roaring with laughter.

Besides corporate meeting and events, conventions, countless associations, comedy clubs, and country clubs, Jerry has opened concerts for music artists such as Michael Bolton, Patty Loveless, Lyle Lovett, and Larry Gatlin. Jerry has performed from coast to coast in the U.S. and throughout Canada. He's even hosted two TV shows on the Sportsman Channel: Fishing for Laughs and Amazing America with Sarah Palin.

When he's not on the road making people laugh, Jerry still works the fields of his family's farm. This experience makes him one of the nation's most sought-after speakers for farmers and agribusiness events.

Where does Jerry Carroll perform?