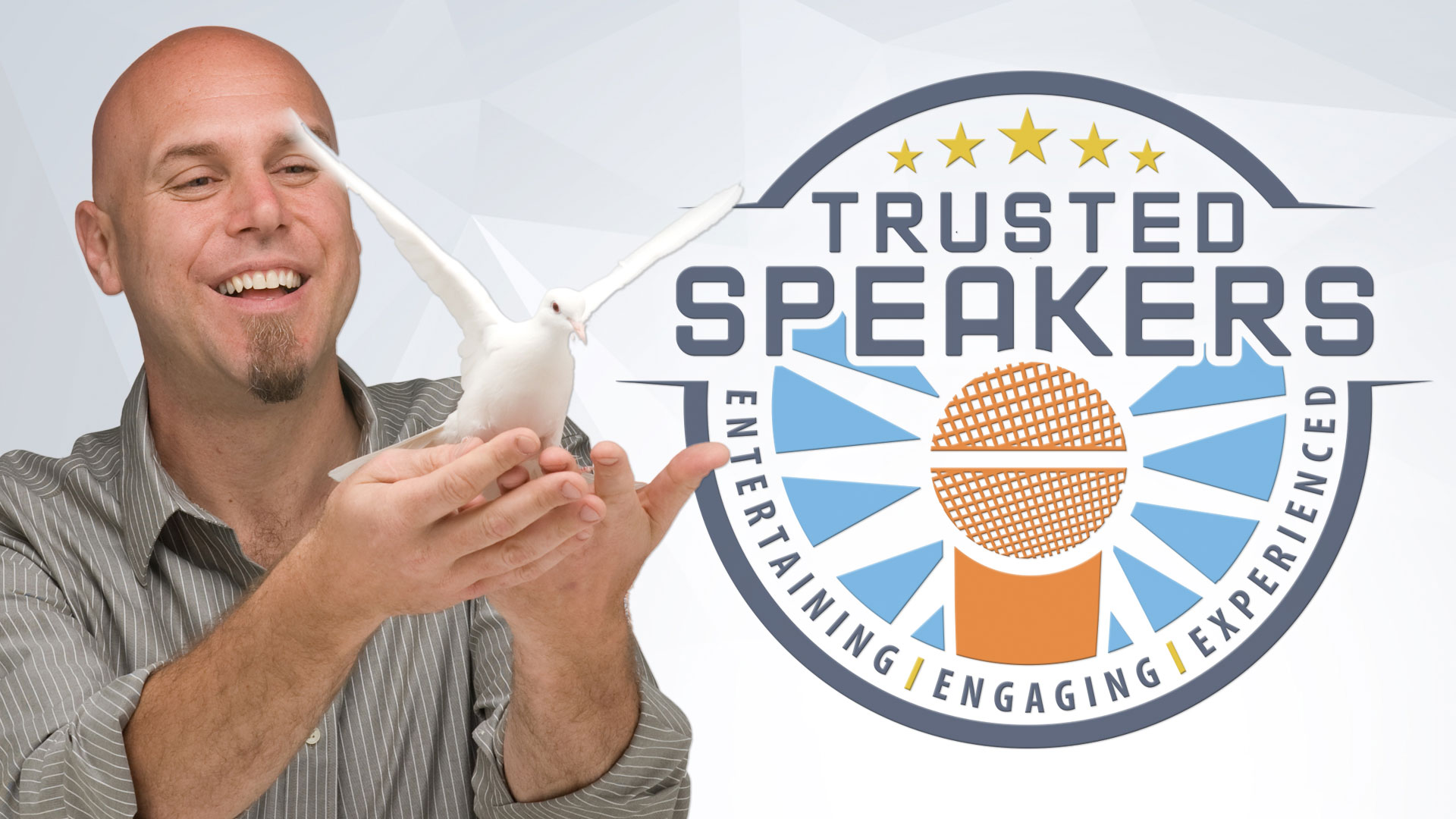 Arthur delivers skill-based, fast-moving, intriguing, and astonishing sleight-of-hand magic and mentalism. His comedy magic show is packed with feats of the impossible, audience participation, smart humor, and tricks no others perform. It is a positive, inspiring, and unforgettable experience.

Tricks with cards, coins, borrowed watches, and rings highlight a performance filled with audience participation and true entertainment. Coins vanish and reappear, a comedy of errors occurs with audience members watch bottles appear out of nowhere (only to magically come back together in an impossible place), and, if permissible, fire is eaten like a snack!

Performing the impossible, Arthur presents a demonstration of "mentalism" or "mind-reading" that will have your group talking long after the show. He reveals audience member thoughts and makes predictions that prove true. Arthur performs these amazing feats using psychology, "sleight of mind", and mental misdirection. The result is profound and thought provoking.

Arthur’s use of humor throughout every show is clean, quick, sophisticated, engaging, and non-offensive. Comedy occurs as a result of the situations which unfold during the course of each performance! Audience members are always involved, but never insulted or embarrassed (well, not too bad anyway!).

Arthur has extensive experience in stress management and anxiety relief. He spent seven years as a magical laughter therapist for a hospital in Silverton, Oregon. His job was to bring laughter, humor, and wonder to patients who were under severe stress due to the procedures they anticipated and the anxiety of being in a hospital. Arthur used humor and sleight of hand magic to illustrate and facilitate a healthy mindset of being in the moment, experiencing wonder, and utilizing laughter to relieve stress and bring in joy. During his seven years at the Hospital, Arthur also taught therapeutic breathing to those who struggled with anxiety and pneumonia.

Arthur comes from humble roots. Raised on a small farm in rural Oregon, his family has been in the dairy industry for over a century. Arthur lived and loved the farm life: milking cows, bucking hay, moving irrigation lines, harvesting crops, and driving combines. As a young boy, he saw his first magic show at a local fair and held that fascination into adulthood.

Arthur currently resides in Atlanta, GA with his wife and six children.

Arthur delivers skill-based, fast-moving, intriguing, and astonishing sleight-of-hand magic and mentalism. His comedy magic show is packed with feats of the impossible, audience participation, smart humor, and tricks no others perform. It is a positive, inspiring, and unforgettable experience.
More About This Presentation
Check Availability

"What a wonderful evening we had with Arthur Atsma! Not only was Arthur captivating, entertaining, and funny, but he was also family-friendly and appealed to all generations. Arthur was prompt on his arrival, wonderful in communications, and an absolute pleasure to work with. His tricks were amazing, his show blew us away, and we feel confident in highly recommending his show for any group. Thank you for coming, Arthur, and thank you for the gift of laughter you brought to our congregation!"
- Worship & Arts Administrator, Columbia, SC 2021

"Arthur adapted his presentation to be virtual since we were not able to have him physically here due to the pandemic. He was wonderful! We met multiple times in advance to ensure things would go smoothly and he could deliver a show that was authentic to our event! Students and staff alike gave positive feedback and really enjoyed his present. In a time that has been so disheartening, Arthur's presentation sparked a sense of wonder that was deeply healing."
- Teacher, Readfield, ME 2020

"We had such an amazing time with Arthur. He was very engaging with everyone in the audience. We all had many laughs and are still mystified by the magic tricks. There were about 120 people in the audience and they were all talking about it at Mass on Sunday. We had several people call in to tell our Monsignor what a great time it was. Awesome!"
- Social Committee, Doylestown, PA

"Outstanding performer!!! Would highly recommend Arthur to any and all organizations, especially faith based ones that welcome the gospel message. Arthur had a wonderful, family friendly performance!!"
- Administrator, Watertown, SD

"Arthur did strolling magic at our event. He showed up early and stayed until most of our guests had left. He always had a crowd around him, and it was obvious that everyone was having a good time. The feedback from guests was that Arthur’s performance was truly amazing."
- Executive Director, Columbus, GA

"If I could give more than 5 stars I would. Arthur connected with the audience in a way that everyone was stunned and amazed as well as spiritually moved by his sharing. I would for any Salvation Army officers : Men's camps / ARC Regional Retreats book him. You will not be disappointed but thrilled that you were able to secure him for your event. Men from my ARC are still talking about him a week later!!!! Professional, easy to work with, and just a great guy!"
- Administrator for Program, Waymart, PA

"I cannot tell you how amazing everything went - words simply will not do it justice! God did an amazing work in and through all that were in attendance, and Arthur’s participation was a huge part of it (both in his show, and outside of it as well)! Those that were in attendance for Arthur’s performance were both highly entertained as well as ministered to through his openness to the leading of God. I will highly recommend him to anyone that I hear needs someone like him!"
- Assistant Divisional Secretary, Richardsville, VA

"Arthur was awesome. He engaged the audience - young and old - before, during and after the show. He gave a gospel presentation tied in with his use of magic that was very clear and easy to understand. Completely entertaining. His show has been the topic of conversation among our people since."
- Associate Pastor, Dothan, AL

"Arthur knocked it out of the ballpark last week at my event – my guests are STILL talking about him! It is NOT an easy task to awe a room full of engineers, but Arthur did. I received your survey and am drafting the right words to describe his outstanding performance. He is an amazing magician and wonderful person."
- Executive Project Manager, Charlotte, NC

"Having Arthur at our event was amazing. His engagement with the audience was exceptional. He greeted people as they were entering the venue and was very professional. He kept the audiences attention throughout the entire show and the message he brought during the show was really good as well. We enjoyed everything about him. Before the show began he even helped me light candles before people arrived. I would recommend him to others if they wanted a magician."
- Event Planner, Eastland, TX

"What an absolutely amazing thing your company has with Arthur!! He was incredible! But what I enjoyed most was, no one was a number; everyone in the crowd was somebody. He spoke to you like a person and was as down to earth as he could be. He presented an amazing salvation message while demonstrating it with magic tricks; which captivated everyone SO well! Overall, so thrilled we invited him. It was a phenomenal night! Will definitely be inviting him back!"
- Elementary Director, Kennesaw, GA

Where does Arthur Atsma perform?