Find motivational speakers, comedians and clean entertainers in Wilmington, NC for your next meeting or event. Each of the keynote speakers listed below have recently performed their highly-engaging presentations in the Wilmington, North Carolina - Wrightsville Beach, Carolina Beach, NC area. 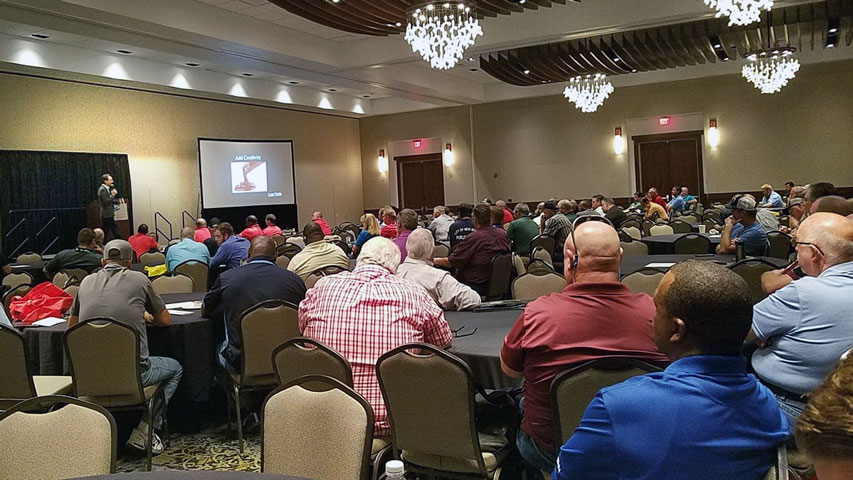 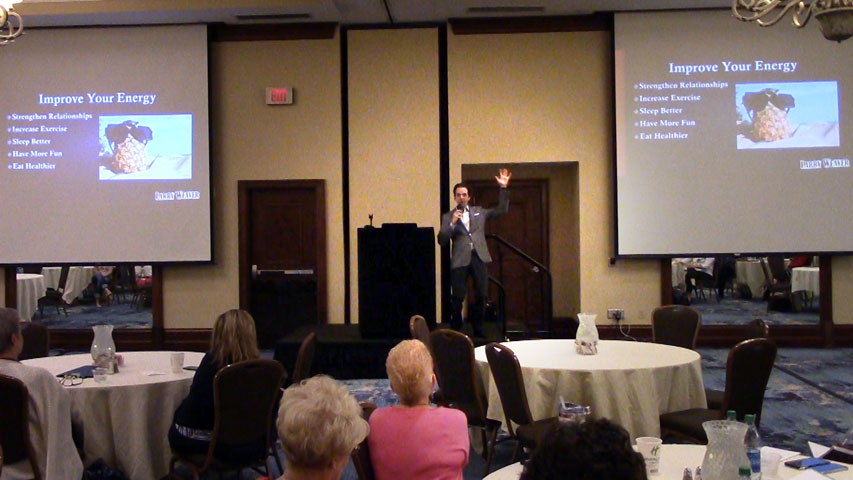 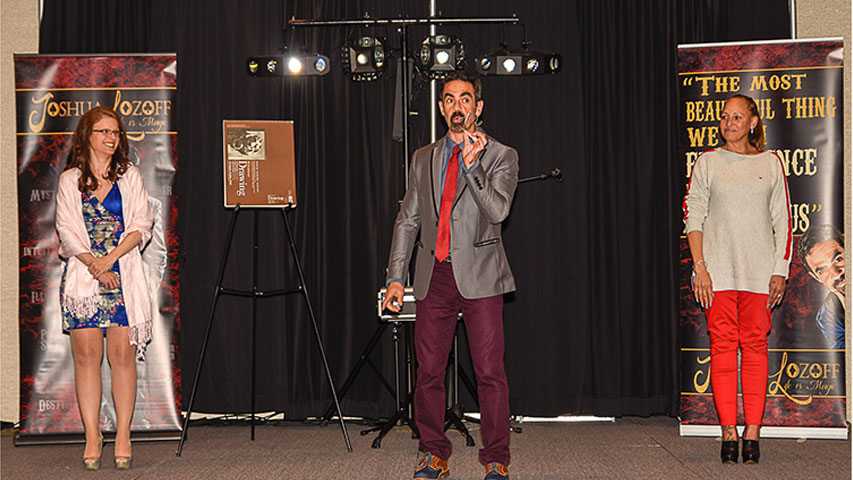 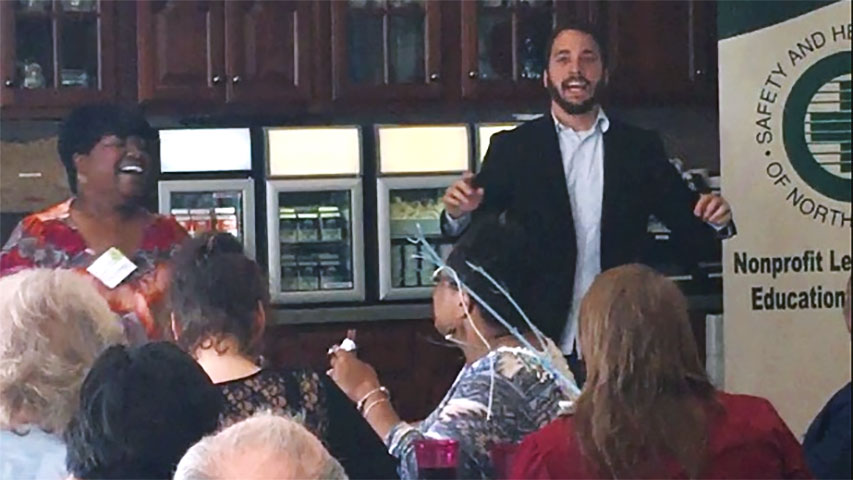 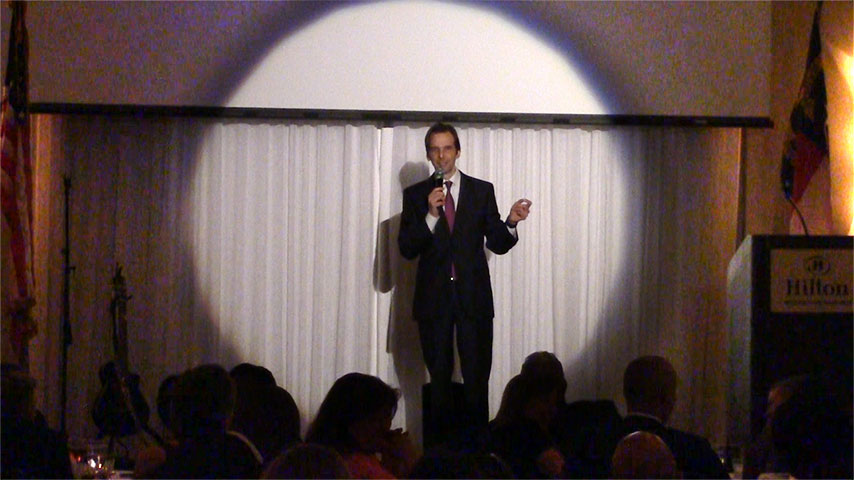 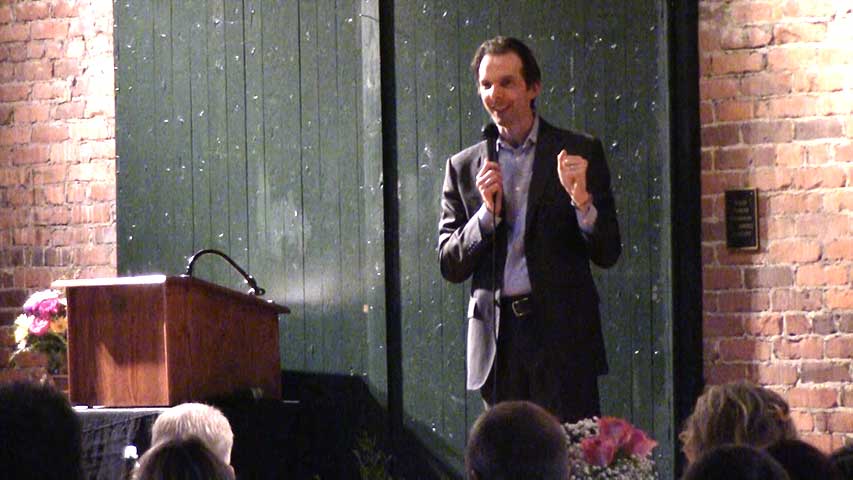 "Joshua was an extremely engaging and energetic speaker! I appreciated how he tied his craft and gift of magic to the importance of communication in the workplace! I received so many positive comments on having such a unique and engaging session at the beginning of the conference!"

"Joshua was great and over the top as always."

"John Felts was one of two featured comedians on the bill of our Comedy Show for racial unification. He was hilarious and had the very diverse crowd fired up and laughing very quickly. He's a real pro. We also very much appreciated the clean comedy and felt John's jokes were very tasteful. He was also great interacting with the crowd. Everyone I spoke to after the event was saying how much the enjoyed him. We definitely hope to have him back sometime soon."

"John Felts was funny and fit in great with our group. I was impressed that he had done research on our association and created some PowerPoint slides specific to us. Great job!"

"Larry Weaver was great! His show was very much fun, and opening with the awards was a nice touch. Larry was easy to work with and communicate with, and my folks enjoyed the show. He was a great addition to our event. I would definitely recommend him."

"Larry Weaver's performance exceeded my expectations. All of the feedback that I have received has been extremely positive. One of the directors in attendance remarked that this was the best service awards banquet she has ever attended. A couple of the other directors in attendance indicated that they thoroughly enjoyed the entertainment. Larry was very prompt, arriving well ahead of the start of the banquet. Very professional and brought attire to ensure he was dressed appropriately for the occasion. The material he used was both clean & appropriate and related well to the audience he was addressing. The directors enjoyed picking out 'funny awards' that related to their employees and I believe the employees enjoyed receiving these awards at the banquet. Prior to the event, Larry was very responsive in replying to our request to book entertainment and always followed up and through in a timely manner. It was truly a pleasure meeting him. Thank you."

"Larry Weaver provided a show for our conference that was attended by a couple hundred Professionals who work in the Mental Health Industry. He was professional and funny, and he connected very well with his audience. He arrived at the venue very early, and was more than prepared. We had a great time with Larry, and would highly recommend you see him soon!!"

"We were honored to be entertained by comedian John Felts. He arrived several hours before the show to check in with our group to ensure everything was set up and to ask any questions he had to ensure a successful performance. He also allowed us time to ask him questions we might have. John asked our Association's officers about our group to get a feel for what folks at our conference did in order to try to better enhance the audience's enjoyment. John then arrived early for the show. He sat at one of the reception tables and interacted with those at the table which they very much enjoyed. Later, he was able to incorporate a sense of bonding into the show based on his interaction with the attendees at that table. John's comedic delivery was unique, timely and absolutely hilarious. John's comedy was also clean, fresh and moved along without dragging. The audience enjoyed him incorporating his life experiences into his jokes. John was sensitive to the audience. Most of his jokes and stories fit well with most any general audience and were very well received. Our attendees are very diverse, so this worked well. John himself was courteous, professional, engaging, funny, witty and did a great job of keeping the audience involved. I think what I enjoyed most was how very obvious it was that John loves his job and enjoys people. Our group all stayed for the entire performance and gave him a great ovation. A true credit to John connecting with those in attendance."

"I had nothing but good reports on Joshua Lozoff's show. Everyone had a great time."

"David did a great job for us, and our younger adults and children were especially thrilled with his leadership. Some of our older adults had a hard time with the concept of a comedian in worship, but that’s no reflection on David, and there are plenty of other things they’re having a hard time with. If I were having him back, I would probably ask him to spend more time sharing about his own faith and how his comedy work relates to his faith. But I was very pleased with David and would recommend him to others."

"We loved John Felts! He was so easy to work with and wonderful! The youth and counselors LOVED him and he got rave reviews from our evaluations! Many of the evaluations said he was the highlight of the weekend! John was flexible and understanding! I can't say enough great things about him! We really enjoyed having him with us at SpiritUs!!"

"John Felts is very versatile and flexible and can adapt to any situation quickly. We appreciated that!"

"Joshua Lozoff was great! He moved at a good pace and the audience responded well to his performance. He was on time and easy to work with. I enjoyed his performance very much and will keep him in mind for future events."

A few of the towns our nationally-touring keynote speakers have performed in include: Oak Island, Ocean Isle, Shalotte, Sunset Beach, Supply, Tabor City, Wallace, Whiteville, Wilmington, Wrightsville Beach, and others.