Find motivational speakers, comedians and clean entertainers in Savannah, GA for your next meeting or event. Each of the keynote speakers listed below have recently performed their highly-engaging presentations in the Savannah, Georgia area. 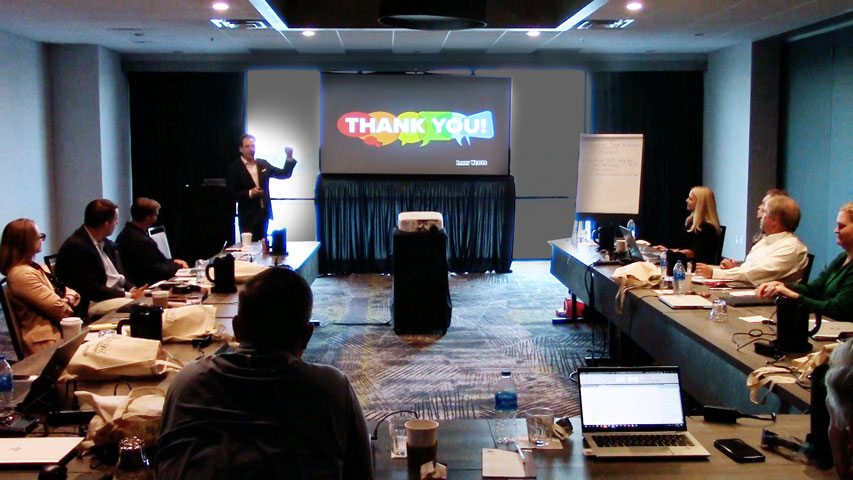 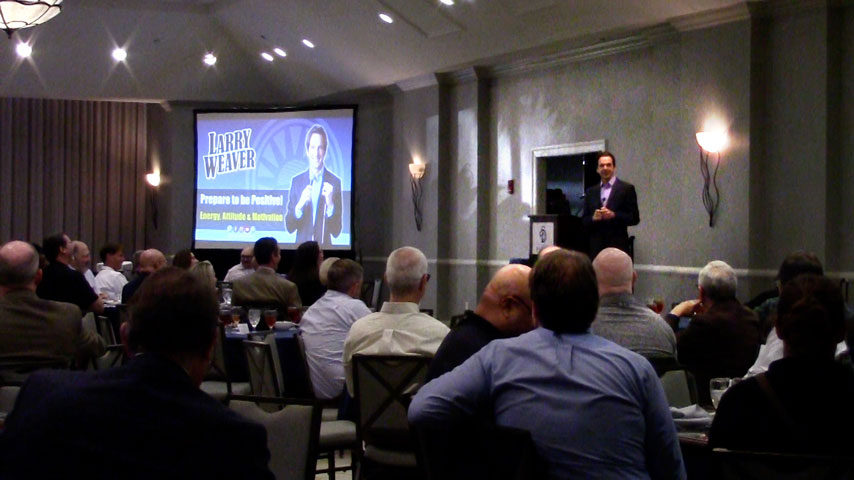 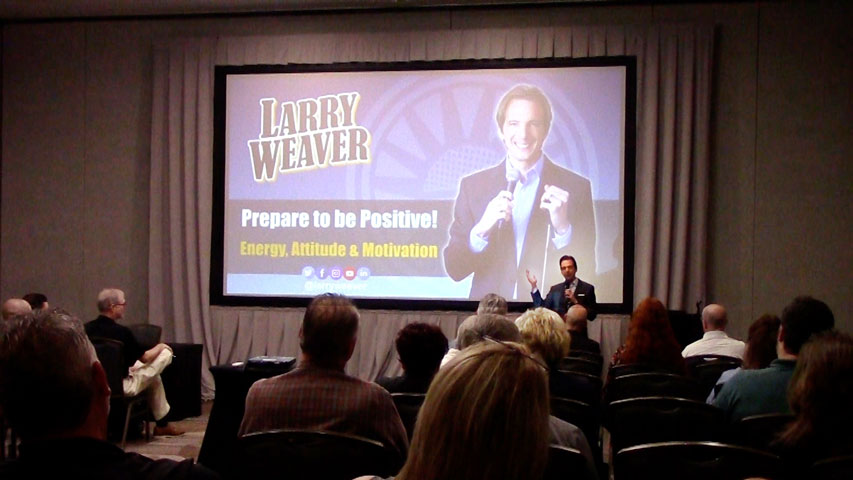 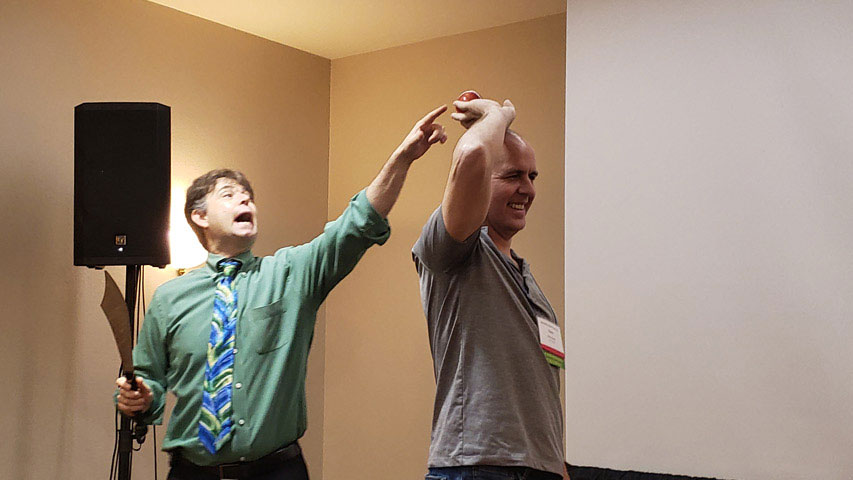 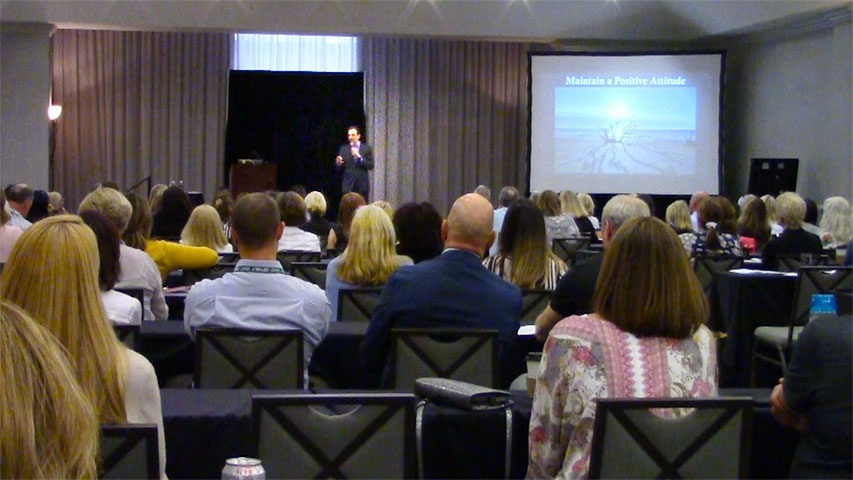 "Thank you again for joining us this week. It was a lot of fun, and such a great way to transition from our heavy work topics to the evening!"

"Larry Weaver was fantastic! Right from the start, Larry was very professional, responsive and easy to work with. He's also a great value. On-site during our awards luncheon, which was held during our non-profit association's annual conference, he arrived early, was very accommodating to our needs and schedule, and delivered a clean, funny and positive message. I highly recommend Larry if your group is looking for an uplifting and humorous performance for all ages."

"Larry brought humor and positivity to our conference. All of our attendees at our annual customer conference loved him and thoroughly enjoyed his keynote presentation. We highly recommend Larry!"

"Steve was awesome and really funny. He had the whole membership laughing. He was even on task that when a storm was going on he extended his show till the storm died down. We would definitely have him again."

"WOW!!! Joshua was amazing, not only in his stage show but as an intelligent and kind person. He took great care with both children and adults alike. Great interaction with audiences….of all ages. Amazing stage presence. Good sense of humor, great voice, super timing. Just a fantastic show! What really impressed me was the way he came into our lobby after the show and talked with the fans, signed autographs, smiled for pictures and even "was amazed" by a child's magic trick. Even though the crowd was small, he performed like he was in front of a full house. We would love to have him back in the future."

"I just took a quick look at the convention evaluations, and as I suspected, Paul Miller was a big hit!"

"Mike arrived on time (actually really early) and he was fantastic! We hosted an annual meeting for our credit union and the feedback was positive from our members, staff and board of directors. We would definitely hire him again."

"Joshua Lozoff was our strolling magician to kick off our annual conference. He was absolutely AMAZING! The crowd loved him and I have heard nothing but great reviews. People, including myself, were amazed with his magic. He was fantastic to work with, so professional. I am hoping to have him come back for our conference next year to either be our keynote speaker or do a stage show. Awesome job Joshua!!"

"David Ferrell was great. Very clean comedy for all ages. He was timely and ended his show with a great message about credit unions which was perfect for our event. I would recommend him to anyone!"

"Joshua Lozoff performed for our GLGPA Spring Conference and WOW!!! I really wasn't sure what to expect, but was overwhelmingly pleased and amazed by his talent. All in attendance were thoroughly entertained and raved about his performance. I would not hesitate to recommend him to anyone looking for great entertainment!"

"Our crowd loved Lyndy! Everyone I spoke with really enjoyed his presentation. He kept everyone captivated the entire time with his humor and stories and he really knew how to engage the audience. Most of all, his message was inspiring. We received awesome reviews."

"We very much enjoyed Leslie Norris Townsend's performance. Our CEO was particularly happy with the way our doctors were drawn into the interactive finish. We received lots of compliments."

A few of the towns our nationally-touring keynote speakers have performed in include: Augusta, Dublin, Savannah, Springfield, Statesboro, and others.

A versatile ventriloquist comedian and entertainer, Steve has the unique ability to script his shows to include audience participation. Steve and his “friends” perform nationwide for events just like yours.  Check Availability

Juggler’s Mindset®: A Healthy Approach to Work and Play

Audience members experience a world-class comedy juggling demonstration intermixed with step-by-step instructions for learning to juggle, or for learning anything, better. Learn strategies for reducing stress and developing physical, intellectual, emotional and social well being. Juggler’s Mindset is interactive, improvisational, and engaging from start to finish.  Check Availability

Armed with a Master of Education degree, a background in the United States Army, and impeccable style, it might surprise you when Mike hits the stage and delivers non-stop laughter. He's seriously funny.  Check Availability