Find motivational speakers, comedians and clean entertainers in Fort Wayne, IN for your next meeting or event. Each of the keynote speakers listed below have recently performed their highly-engaging presentations in the Fort Wayne, IN - South Bend, Elkhart, Goshen, Middlebury, Shipshewanna, Indiana Amish Country area. 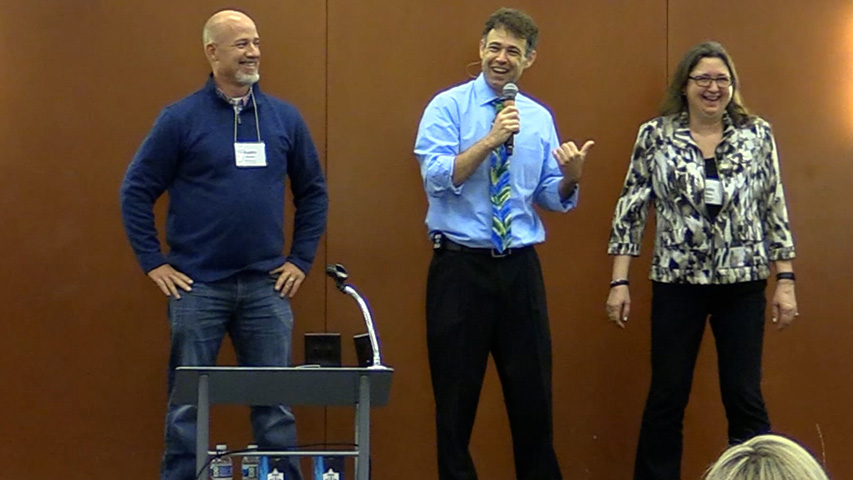 Paul Miller - Speaker in Indianapolis, IN at Marriott East Hotel 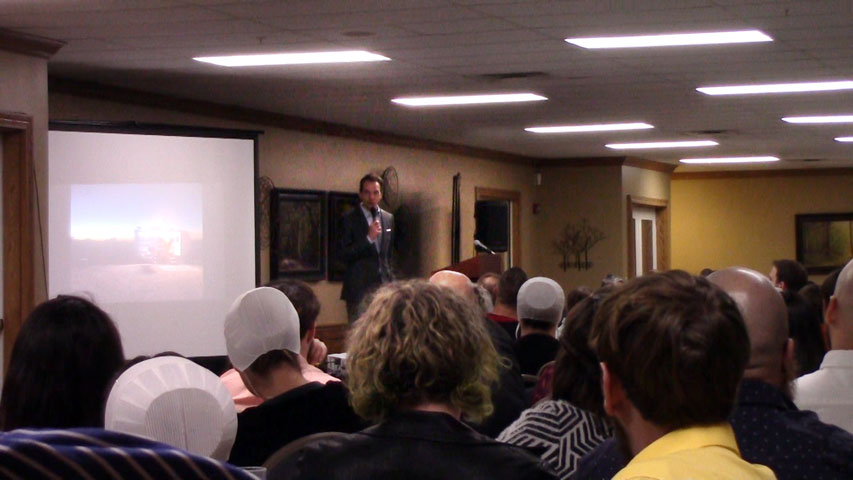 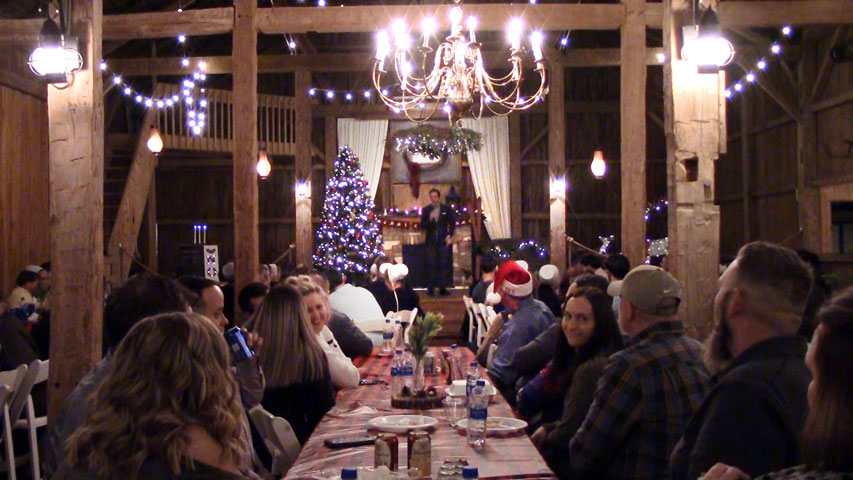 Larry Weaver - Comedian in Topeka, IN at Lakeside Occasions 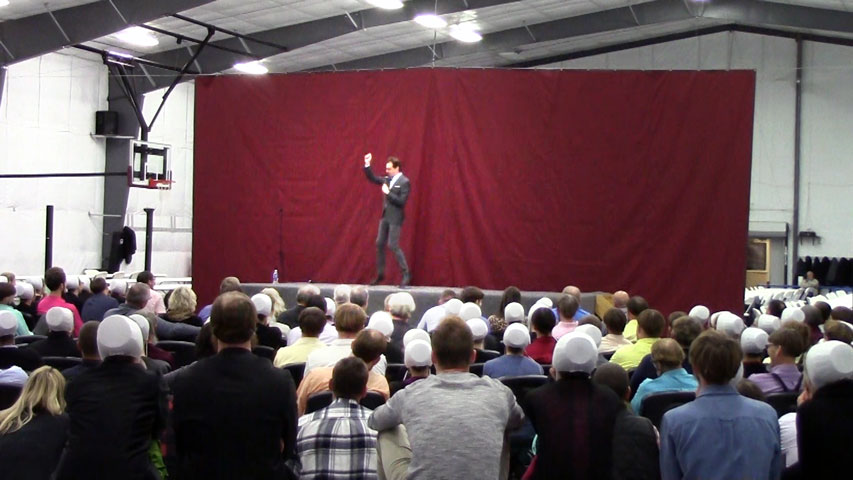 Larry Weaver - Comedian in Millersburg, IN at Rock Run Park

Speaker in Indianapolis, IN

"Paul Miller was a pleasure to work with. Our audience loved him. Everything went perfectly and if that wasn't enough, Paul came out after hours and just spent time with our conference attendees on a one-on-one basis, just making the evening most enjoyable for all. That has never happened before with any motivational speaker we have had attending our conferences and it was "above and beyond"! We very much appreciate his dedication...and he is very, very good at what he does."

Larry Weaver - Comedian in Shipshewana, IN

"Larry Weaver did a great job relating to the guests at our Christmas Party! We loved how he played up jokes and then topped it off with a great punch line. Thanks Larry!"

Larry Weaver - Comedian in Millersburg, IN

"We booked Larry Weaver for our Christmas Dinner. Our crowd is an ACTION crowd [typically prefer magicians, jugglers, ventriloquists] and we didn't know how the stand-up comedy would work. Larry did a very professional job. He came to the venue before the show and scoped things out. He was very prompt on time for the show and did great job ending as well. I heard great comments after his show. Larry has a great personality and a very clean show. We had 400 people and he delivered what we hoped we would get. Great job."

Comedian in Topeka, IN

"I haven’t laughed so hard in a long time. I don’t think there was one soul in the place that didn’t have a hurting stomach from laughing so hard. Andy was very good and I would recommend highly. Very adaptable to the crowd he is serving."

Comedian in Fort Wayne, IN

"Tony was fantastic! I have never laughed so much. It was amazing how many of our guests came up to compliment me about Tony. I can't give enough of a raving review. Outstanding performance and thank you very much Tony!"

Mentalist in Shipshewana, IN

"Joshua did a great job keeping the group engaged through out his show and the feed back after the party was an overwhelming. 5 star performance! Great Job Joshua!"

Mentalist in Millersburg, IN

Mentalist in Marion, IN

"Joshua had them sitting with their mouths open in amazement. Our audience is still talking about his performance days after the event"

Comedienne in Warren, IN

"Leslie Norris Townsend put on an Amazing Show! She is extremely talented & heart-warming! As she switched from singing, comedy & Improv she captivated her audience. She put her heart & soul into her performance and the audience reciprocated! We haven’t laughed that hard in a long time! She was nothing short of Fabulous! A Must See!"

Comedian in Wabash, IN

"David Ferrell entertained at our Customer Appreciation Supper, and we would definitely recommend him. He was very professional, personable, and polite. He arrived one hour before our banquet started. David did an awesome job, and we couldn't have asked for anyone better. They say farmers are some of the hardest people to entertain and get to smile, let alone laugh! And David had our customers doing both! He did an amazing job with keeping the funny stories coming. We were definitely pleased with David."

Comedian in Converse, IN

"We had the pleasure having Rik Roberts at our annual field day and he just did a great job, interacted with the audience and was very funny. He's a great guy and we really appreciated all his work and giving us something to laugh about."

Mentalist in Middlebury, IN

"I have nothing but positive reviews for Joshua Lozoff. He was professional and easy to work with. Joshua put on a great show that left everyone wondering how he did that. Everything I've heard from our employees has been positive."

Speaker in Converse, IN

"Lyndy was great! He delivered exactly what we were looking for. The immediate response was apparent from the laughter and we received great reviews from his presentation. I mostly appreciated how positive and how clean his jokes and presentation was. Thank you for delivering exactly what you said you would. Lyndy was a great keynote speaker to have to close out our one day Ag Client seminar! We will certainly invite him back and recommend him to others."

Comedian in Elkhart, IN

"John Felts was great. We were impressed with how prepared he was - you could tell he definitely did his research and it was great how he customized the show for us. He arrived in plenty of time to prepare and made himself at home. Employees really enjoyed his show - they like to laugh. It's getting increasingly harder to find comedians/entertainers that are appropriate for our conservative setting and he was great. Thanks again for helping to make our Christmas party a success."

Comedian in Marion, IN

"David Ferrell was very entertaining and people really enjoyed him. Many said it was the best entertainment we've had."

Comedian in Portland, IN

"David Ferrell did a great job and we had good feedback from our attendees. Many told us that they really appreciated being able to bring their families to enjoy a good laugh without worrying about the kids hearing something they shouldn't. I think he did well at making his material fit our audience, too."

Speaker in Middlebury, IN

"Our company hired Lyndy to perform at our annual awards luncheon. He did a fantastic job! The crowd was in tears from laughing so hard. Lyndy managed to be incredibly funny while at the same time conveying an inspiring message about reducing stress through laughter. We highly recommend Lyndy, you will not be disappointed!"

Mentalist in Logansport, IN

"We were extremely impressed with Joshua Lozoff's performance and heard this from many people whom attended. Several went and expressed their pleasure to Joshua, as well. He was very prompt and professional. He got along with our group of people very well; easily joking along with them. We are going to highly recommend Joshua when we hear others looking for entertainment. I know some people went up to him and asked for his business cards they were so impressed with him. He definitely far exceeded our expectations"

Juggler’s Mindset®: A Healthy Approach to Work and Play

Audience members experience a world-class comedy juggling demonstration intermixed with step-by-step instructions for learning to juggle, or for learning anything, better. Learn strategies for reducing stress and developing physical, intellectual, emotional and social well being. Juggler’s Mindset is interactive, improvisational, and engaging from start to finish.  Check Availability

Performing his clean, clever "every-man" style of material, Andy explores the joys of parenting, raising pets, and struggling to survive in his hilarious, relatable routines. His ability to find humor in subjects like growing up the middle child, his short lived career as a middle school teacher, and our society's obsession with technology has made him a crowd favorite nationwide.  Check Availability