Find motivational speakers, comedians and clean entertainers in Durham, NC for your next meeting or event. Each of the keynote speakers listed below have recently performed their highly-engaging presentations in the Durham, Chapel Hill, North Carolina area. 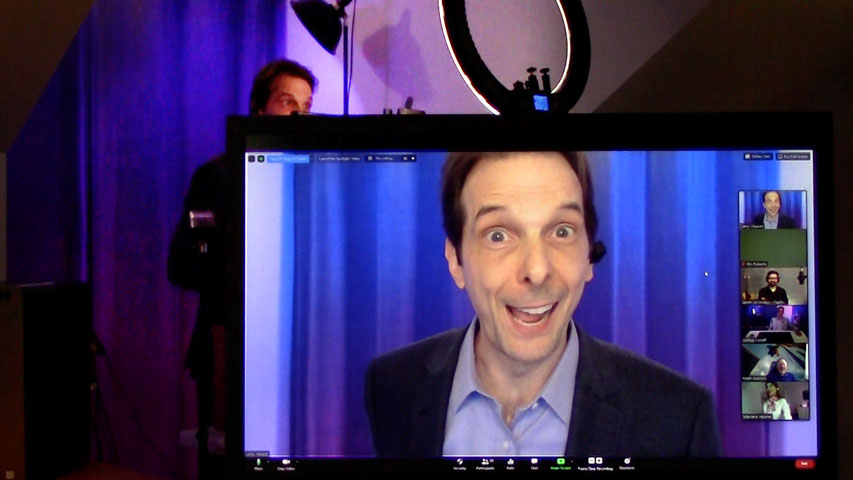 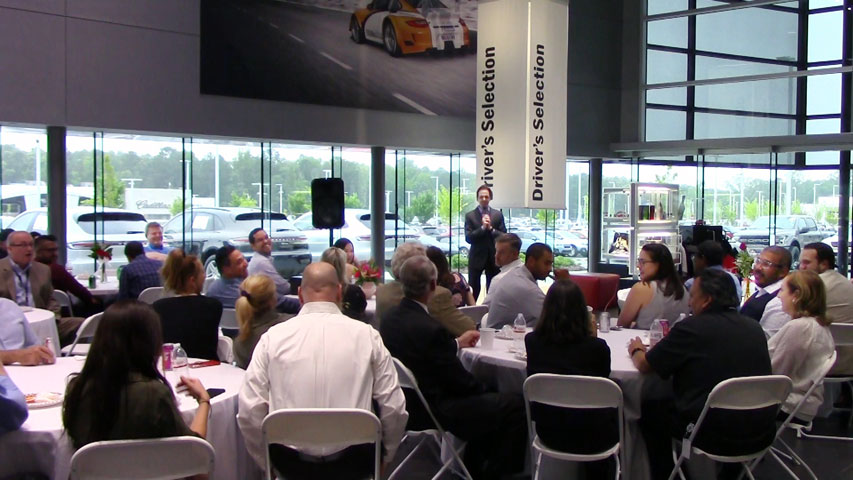 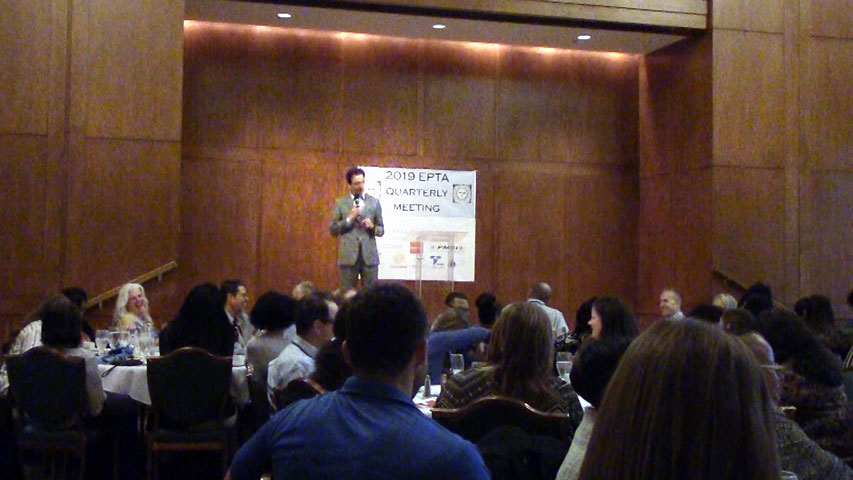 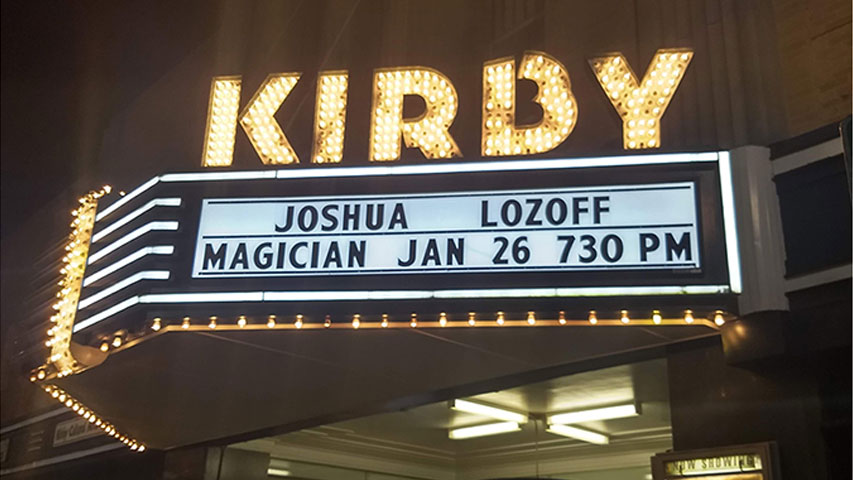 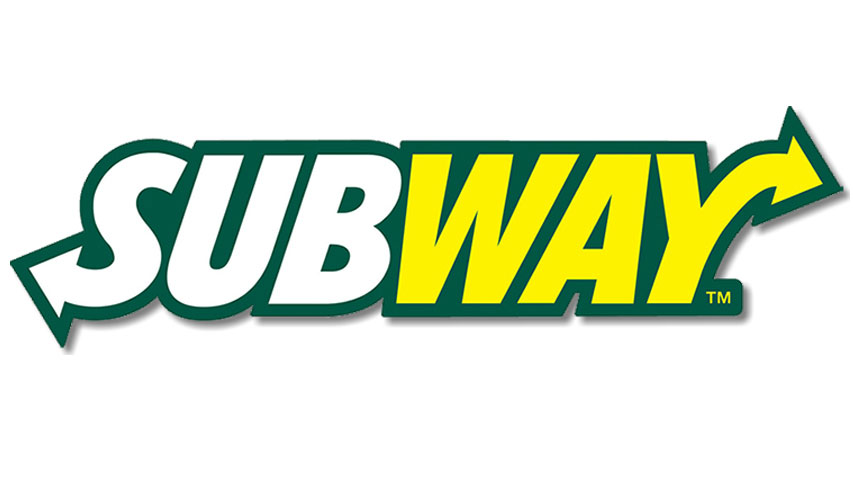 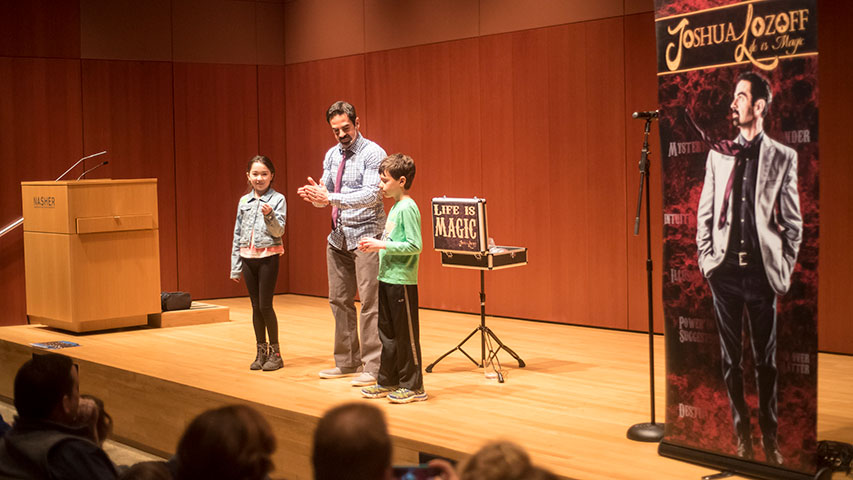 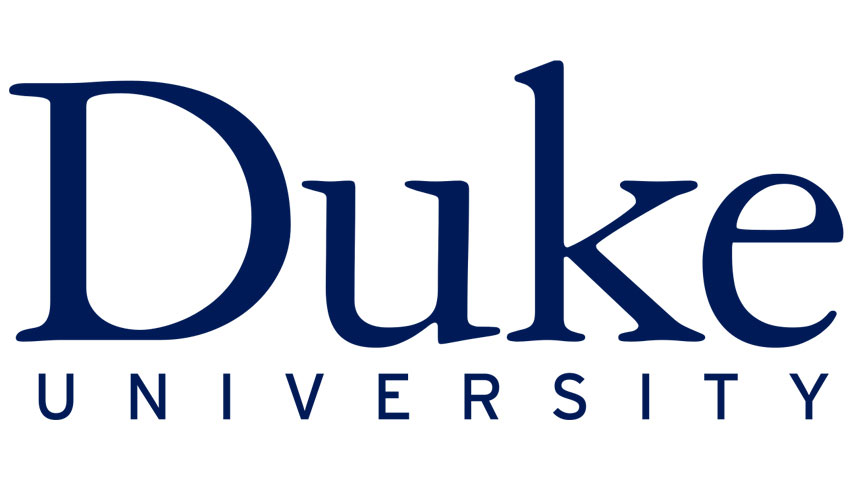 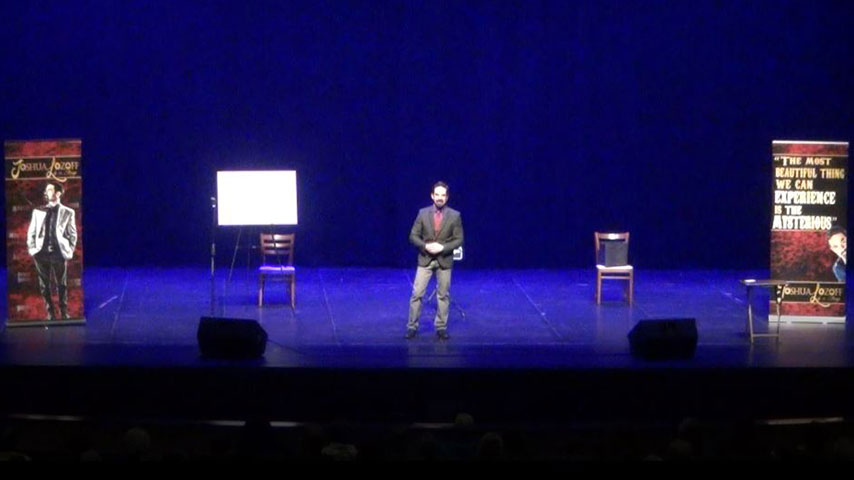 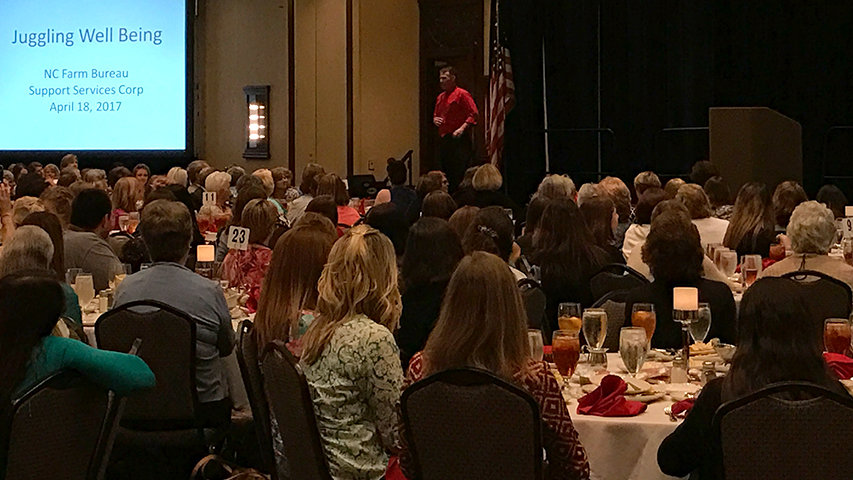 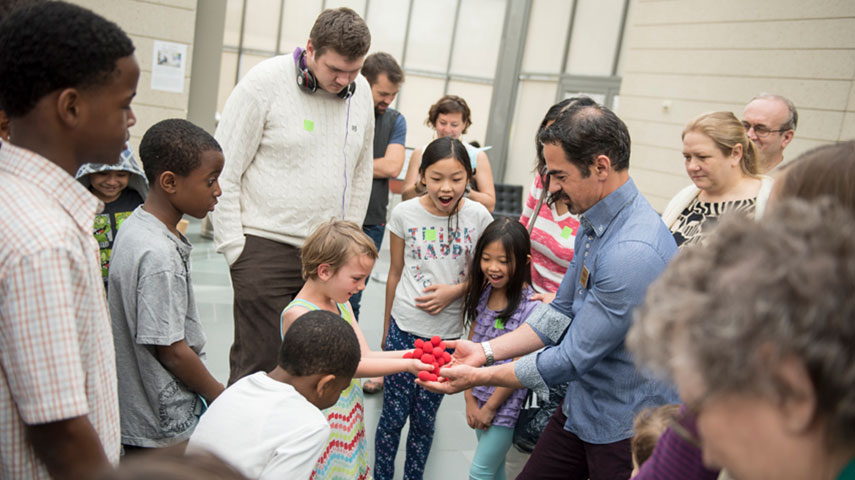 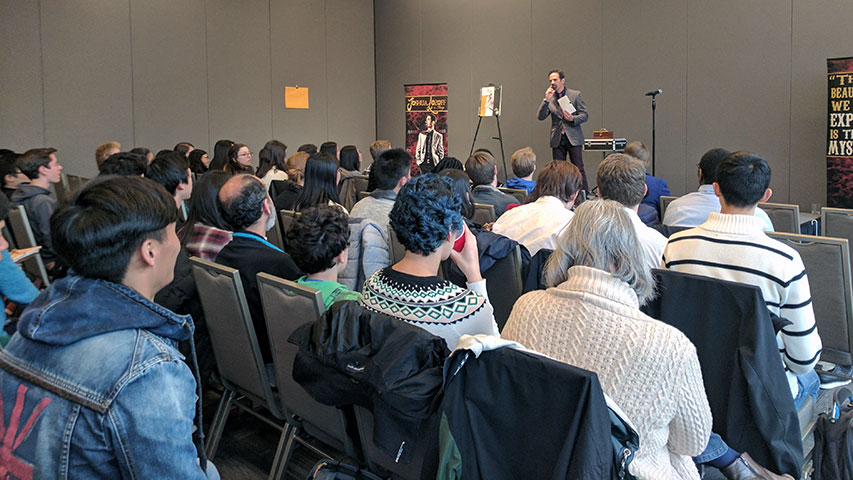 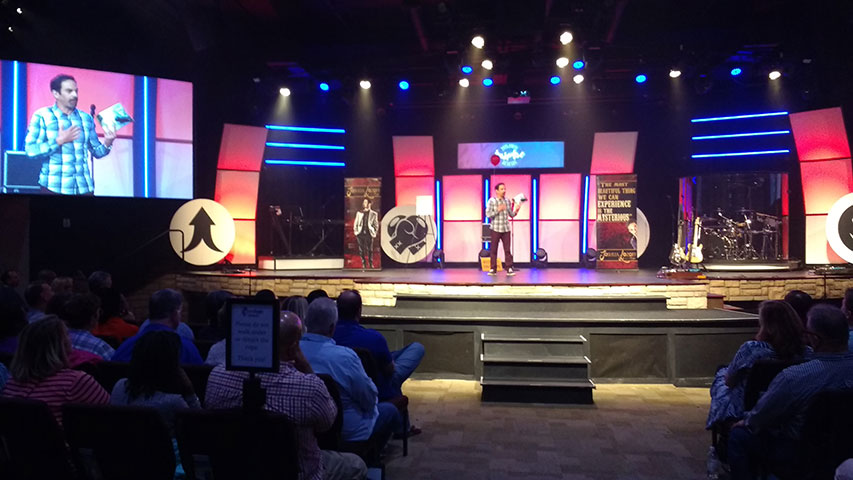 Joshua offers virtual versions of his two signature keynotes, "Life is Magic" and "The Magic of Communication."More About Joshua Lozoff  Check Availability

"Joshua did a fantastic job for us during our marriage conference. Thank you!"

"How does he do it?! Joshua is funny, humble, kind and very talented. Days later, we were still wondering how he did one particular trick. We were flabbergasted. Joshua provides the opportunity for audience participation to keep folks engaged and he has a real talent for putting people at ease even when they are on stage in front of 100+ people. Thank you for a wonderfully entertaining evening!"

"Joshua Lozoff has entertained our company Christmas parties many, many times and never disappoints us!! He is the most entertaining Magician there is and we are grateful that he was available to perform for us. He continues to capture our attention and blow our minds with his magic. He has a gentle soul and warm heart and you feel that through his magic. Rock on Josh!!"

"Joshua Lozoff was amazing! Easy to book a performance with him, he responded quickly to emails. He spoke with the venue and coordinated with them to make sure all of his needs were met. He set everything up on his own and was not only on time, he was early and ready to go right when the party started. I just sat back and enjoyed the show. Everyone had a blast and was dumbfounded about how he was able to pull off his tricks. The strolling magic is a must have, it's the perfect ice breaker and it helped everyone loosen up at the start of the party. My only regret is that we didn't book him for our previous parties."

"Paul Miller was a dream to work with for our company's annual holiday party this year! Our staff could not stop raving about his engaging, energetic and hilarious performance. He is a true professional and we would highly recommend him to anyone looking to make their event memorable! Thank you so much, Paul! We look forward to working with you in the future!"

"Joshua Lozoff had the crowd the entire time. Always a joy to work with!"

"Joshua Lozoff is a fantastic entertainer. And not just the magic! He is so endearing to any audience member, both up close and on stage. All of our attendees were simply captivated and raved about his performance. And much of the time was filled with laughter. Josh is so fun. We will absolutely bring Life Is Magic back for our event!"

"Joshua Lozoff was incredible! We sold double the tickets that we normally sell and the audience was so smitten! He was the nicest and easiest guy to work with and we are overjoyed at what a success the night was!"

"Second time that Joshua Lozoff has performed for our company and he was awesome… again:)"

"We were lucky enough to have Joshua entertain us at our annual company holiday party. He astounded us with his strolling magic during our cocktail hour and performed for us after dinner. We didn't want his performance to end! The entire staff could not stop raving about how amazing he was! Everyone was captivated from start to finish. Safe to say our company had the best holiday party to date because of Joshua. We would love to invite him back for all of our events throughout the year! Thank you so much, Joshua!"

"Joshua Lozoff was fabulous! At our full and noisy office holiday party, Joshua was somehow still able to (seemingly) effortlessly work his way through the crowd, performing his strolling magic - and blowing everyone’s mind! We thoroughly enjoyed having him and I would highly recommend him for any event."

"Entertaining a group of 200 doubting engineers is no easy feat. Joshua Lozoff dazzled this group with simple mysteries engineered to create wonder rather than doubt. We appreciated his humor, articulation and active participation by the audience. Mr. Lozoff’s performance was a riveting one hour full of mysterious enjoyment."

"Joshua was fantastic! We had never had a magician perform for our Club, always the same old tired band thing, so we took a bit of a risk booking Joshua. We couldn't have been happier! He set the tone for our entire "Magical Year" and we are still riding that wave months later. His show was incredible and completely engaging. Thank you!"

"As always, an amazing performance by Joshua Lozoff. He had a crowd the entire night!"

"Joshua Lozoff wowed the crowds but even more importantly he brought the crowds! We had our largest attendance ever for performances at our Family Day!"

"Joshua Lozoff was magnificent. The students and faculty in attendance thoroughly enjoyed his show. It was spot on in terms of content and length. He was funny along with being an excellent showman/magician. He was on-time and very professional. I would definitely ask him to come back for another performance, for this group or for another group."

"We hired Joshua Lozoff to perform at our annual holiday luncheon. When I mentioned to my co-workers that I had booked a Mentalist/Magician for the event, several of them were skeptical. I think a lot of people expected a "typical" magic show, but that was far from what we got. You could see the amazement on everyone's faces, and not one person was not left in awe by Joshua's performance. He is truly a talented entertainer, and we would recommend him to anyone that wants to be intrigued, amazed, learn about the history of magic and laugh a lot, all at the same time. This was a class act."

A few of the towns our nationally-touring keynote speakers have performed in include: Carrboro, Chapel Hill, Durham, Henderson, Mebane, Nashville, Pittsboro, Research Triangle Park, Roxboro, and others.